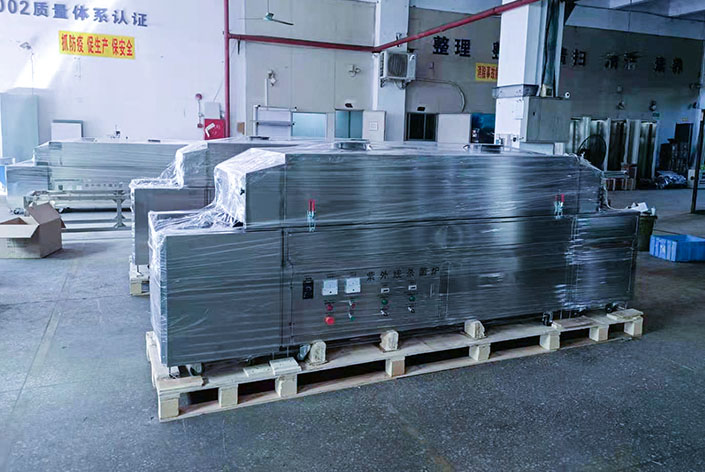 It is mainly used to sterilize cooked food and water. Widely used in hospitals, food, Chinese herbal medicine, food and beverage processing and packaging equipment, health products factory, food factory, milk factory, brewery, beverage factory, bakery and packaging products factory, etc. The operating principle of the equipment is: the ultraviolet sterilization band is mainly between 200 and 300nm, among which the sterilization ability of 253.7nm wavelength is the strongest. When all kinds of bacteria and viruses in water or air through the area (253.7 nm wavelength) exposure to the sun's ultraviolet rays, ultraviolet light penetrates the cell membrane and nucleus of microorganism, destruction of nucleic acids (DNA or RNA) molecular bonds, make it's losing the ability to replicate or lose their activity and death and in the case of without using any chemicals to kill all the bacteria and viruses. Sterilization lamps do not need to be converted to visible light, 100-200 nm wavelength can have a very good sterilization effect, this is because the cells of light absorption lines there is a rule, in 100-200 - nm, ultraviolet ray has the largest absorption, absorbed the ultraviolet ray in fact role in cellular genetic material or DNA, it plays an allochromatic, ultraviolet photons energy absorbed by the base pairs of DNA, causing mutation genetic material, make the bacteria died instantly or cannot reproduce, achieve the purpose of sterilization.